“A disciple who walks one step towards Guru to take his refuge and goes to him with devotion and humility, guru advances to receive him (devotee) by taking million steps.
He who unites with the Lord by remembering the incantation of the Guru even once, the true guru remembers him millions of time.
He who makes an offering of even a shell before the True Guru with loving worship and faith, The True Guru blesses him waaith the countless treasures of invaluable wealth that is Naam.
The True Guru is a repository of compassion that is beyond description and understanding.  Therefore myriad salutations to him because there is no one else like him.”
Bhai Gurdas Ji  Vaar 111


I had read this in several translations and they all seemed a little watered down. I had read one translation that didn’t even feel like anything that I’d read before. Then I found this one and it finally made sense. Ya see, most of the time the first couplet is the only thing quoted but in my own readings I’ve discovered that only reading one couplet can lead to misrepresentations of actual meaning.

I read a Facebook comment recently that no matter how much you do you aren’t a member of Sadh Sangat until you took Amrit…so I suppose in their mind the first step towards Guru is Amrit Sanchar (Khalsa Initiation). In my personal situation I think my first step was acknowledging that I was Sikh and pursuing my place in the faith.

The second couplet could actually be the step you take by doing Naam Simran and let’s be honest, who doesn’t want to be remembered by Waheguru? My opinion and forgive me if I’m wrong on this but the second couplet is actually the key to this Vaar. Remembering Naam and doing Simran is at the center of Sikh practice.

The fourth couplet goes to my first statement. Wahegru is infinite and so are his blessings and to that I can’t say too much more. 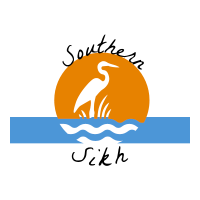 How Writing Saved My Sikhi

March 2017. That was when I wrote my first journal entry. I don’t remember where the idea of keeping a journal came from, but if I hadn’t done that, not only would I not be the blogger I am today, I would also not be the Sikh I am today. But it was exciting to think of the prospect of it being filled over time with all sorts of things. What exactly? There were no limits.

In it, I could write my dreams. My dream to one day be a granthi and to help run a Sikh learning center here in North America (particularly for Sikh converts). My dream to have a mini-jhatka farm one day, where Sikhs (vegetarian or not) could purchase ethically raised or grown food. My dream to have a graduate from UT and have a career somehow revolving around Sikhi. I personally believe that one day, these dreams will become reality, but that’s not the only stuff I include in my journal. In my journal, you can find poetry, pictures, rants, newspaper clips, important events, and random stuff printed from the internet. You can say, it’s sort of like a scrapbook (except better). Who knew that this would eventually end up saving my Sikhi.

This all became overwhelming for me. I wanted to walk away from being Amritdhari, walk away from being a Singhni, and walk away from being Sikh altogether. Many do. That’s when I decided to take refuge in my journal. I had just finished my initial journal and was about to start in the new journal that my friend Manjit had given me for my birthday. While I wrote, my clarity of thought became better and I began to establish my own identity/idea of what being a Sikh meant and more. Writing gave me an outlet to talk about my frustrations. Whether it was about religion and my family, religion and university life, religion and my race, my Sangat, the online Sangat, etc., I could tell my journal(s) without being judged.

Eventually, with the help of 2-3 people, my journal, and the Guru, I bounced back. I decided that what I believed in is what I believed in. And if anyone had a problem with it, they could walk themselves out of my life. No longer would I be feeding into the divisions within the Sikh community, but keeping focused on the seva that I was meant to do.

In conclusion, I say this. Writing can be healing. For people like me, we write better than we speak. And like I stated earlier, a journal can’t judge you or even tell your secrets. So are you frustrated? Write! Are you happy? Write! Are you sad? Write! Are you unmotivated? Write! Do you feel like someone might have licked the bucket of ice cream that you had just purchased from the store? First, report this to the proper authorities. But then, write! You just don’t know what might come out of it as a result.

Authors Note: Yes, that is my dog. Yes, that is a Pug. And no, she was not supposed to be in the picture 😂. Also, check out our latest project www.embracingSikhism.com. Sevadars are welcome.