Being Sikh in the Black Community 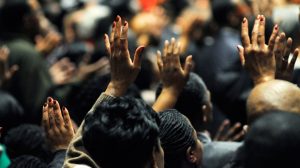 Waheguru ji ka Khalsa. Waheguru ji ki Fateh. I had previously planned to release a blog today on the subject  “How to be Tyar bar Tyar in the 21st Century”, but in light of recent events in New Zealand, I think that it’s best if we postpone discussing that subject. For those who might have been affected by the event, please know that the Sikh community stands with you and supports you.

I’ve instead decided to talk about something that has recently affected me in the realm of social media. You see, a couple of days ago my interview with BBC was released and listened to by Sikhs all over the world. And since I get anxiety about watching videos, or even listening to interviews of myself, I have not sat down and listened. A lot of people told me it was good, but that it also leaned towards the negative side of things. So in response, I did a Youtube video focusing more toward the positive experiences I’ve had as a convert (which I’ll link below)

My Experience with Punjabi Sikhs

Everything was well and good...until I got one notification. Someone had responded to the interview not on my social media account but on another page. They had also mentioned or “@“ me. I went and read the thread she had written and became irritated. This was an African American Sikh lady out of California who I had spoken to one time before. And the topic had solely been on hair. We had disagreed with each other back then and she basically stated that I had chosen religion over culture (and for her vice versa). That was that. More than a year later, we both had interviews and they both released on or near the same day. One of my friends had pointed hers out to me and I was like “cool”. And then I got the notification hours later. Didn’t really think it was going to be about anything. Until I read one of her following comments.

“In my interview..., I mentioned some black folks have been willing to fully immerse themselves into Sikhi which means taking on parts of Punjabi culture. This is one of the bw (black woman) I was thinking about when I said that....". That instantly sparked a tiny flame of anger within me. I also proceeded to read some other comments she had written about me, and I'll be honest. I got pissed off and reacted. I showed the thread to my homegirl and she agreed with me that the thread was showing me in a demeaning light. And that none of the statements were true. In my head I thought:

"How could she be saying this? She's literally only spoken to me once and is judging me solely based on what she sees on social media. And what Punjabi culture is she talking about?! I don't do bhangra. I don't wear Punjabi suits. I wear bana when attending Sikh functions but that's apart of my rehat. And heck, bana ain't Punjabi. I don't cook any Indian/Punjabi food for the most part. So what is her deal? She (nor 95% of people on the internet) do not see my personal life. And her saying this is basically like calling me a brown "oreo"*...This hurts."

And it especially hurt since this was not only someone from the same race but from the same religious community. On top of that, it should be noted that the majority of her social media is composed of people within the black community. For the majority of black Sikhs, we face this kind of attitude from people within our own race. In general, in order to be considered "black", you must be three things: democrat, Christian, and straight. Well, I am straight. But politically I'm independent (leaning left) and religiously I'm a Sikh. So I instantly do not fit into the mold (nor do I ever want to). And the moment you step out of that bubble, you are instantly considered "less than". As in, less than black. Your own community looks at you weird and some ridicule you. But here's the thing. When it comes to most African Americans, they are stuck in a bubble and are ignorant in regards to other cultures/religions. They don't know things such as "Sikhism do not equal Punjabi culture". Heck, even some Sikhs don't know that. All they see is that you're hanging out with Punjabi people a lot more, eating, singing, and praying with them. This sort of reminds me of how many of my white Sikh brothers and sisters are viewed as "traitors" by some within their own race. It's sad. It's really sad. But it's the reality we face.

For me, becoming a Sikh doesn't mean abandoning my culture. I still go to my relatives' houses, eat, and talk loud. I still go to the beauty supply and stock up on hair products (heck, even more so now). I still like to listen to Gospel music or jazz. My mother and I still sit down and watch shows like Martin, the Bernie Mac Show, Ricky Smiley, Good Times, etc. etc. All of my family and my non-Sikh friends still call me Jasmine since I love both of my names and never plan on changing my first name legally. I still love sitting down with older black folk and discussing their upbringing and our history. Yada. Yada. You get the picture.

The fact of the matter is that being a devote Sikh does not mean taking on parts of Punjabi culture. It means bringing the light of Sikhi into your own culture and uplifting it. I believe as the black community becomes more educated and diverse, I will no longer have to discuss these sort of things (whether in person or online). The bottom line is that I'm black, I'm Sikh, and that I couldn't be happier about it.

*Oreo is a demeaning term people (more often African Americans) use towards AAs to say that they are black on the outside but another race on the inside.