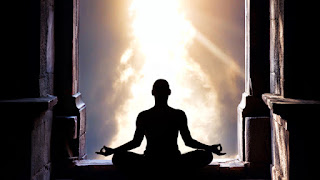 I already know just by the title of this blog that some people are not going to be too happy with this piece. But I've been meaning to write it (and there is no other better time than now).


But when it comes to saints, babas, etc., I admire them for what they've done for Sikhs/the Sikh community, but I don't follow them. Why? Here's why.

Division Within the Panth

Now, let me just say that they are not doing this on purpose. They are just preaching what they consider to be the ultimate truth. But that's the problem. The people who follow them consider what they say to be the ultimate truth as well. This then leads to the formation of jathebandies (groups). And we know how having jathebandies has affected our Panth. "Well, you're not a real Sikh if you don't or do xyz." "Well, if you don't follow what Baba XYZ says, then you're going to hell. He's a mahapurakh." You get what I'm trying to say.

It's great to have different interpretations of a religion (which is something that happens in every faith), but when it gets to the point that people are completely discounting others based on minor differences in belief, then there's a problem.

The only way we are going to get Ekta (Oneness) within the Panth is if we have these different viewpoints but DON'T push yours onto your fellow Sikh brothers or sisters. Your rehat is your rehat. My rehat is my rehat. We are both Sikhs/Amritdharis at the end of the day. So chill.

Side note: Now that I think about it, it's really sad that Sikhs can coexist with other religions at the end of the day but not with each other. Like, really think about that. 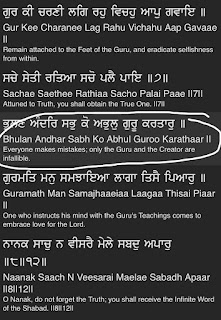 Oh boi. So if all of these people are supposed to be on a higher spiritual plane (or in tune with Ik Oankar), why is it that they all have different answers regarding different subjects within Sikhi? Like, for real? Because the reality is that what they are teaching is not THE truth, but their interpretation of Truth.

Which at the end of the day, our beliefs (well, for some of us) are based on our interpretation of the material we are reading. It is also based on how we were raised, were we grew up at, and what we currently know. We could all be right. We could all be wrong. Either way, I will never say, "My words are the truth and the ONLY truth" or even give that impression to someone. Don't be lazy and do the research for yourself. This leads me to my next point.

Baba: "Sikhs should not do xyz"

That goes to say DON'T be a blind follower. If someone says something (and they don't give a source on where it comes from), automatically a red flag should go up. And no, stories of the supernatural do not count as a source for me. Why? Because supernatural events literally happen to people in every religion (supporting their confirmation bias). And even if they give you a source, make sure they are using an authentic one or are not twisting it. Some people (especially jathebandies) will twist a line in Gurbani to mean something that it does not. Or they take the line completely out of context.

This is honestly why I prefer to learn about Sikhi through academic sources rather than through parchariks or Sants. Authentic sources (for the most part) don't have bias. Parchariks and Saints do. Hell, I do.

Now, go type into Google images "sikh saints". How many women do you see? Maybe one or two. You cannot tell me that there are not more "enlightened" Sikh women out there. It is so embarrassing to me when Sikhi is the dharam that teaches gender equality, but faiths such as Hinduism and Christianity have more women saints (or generally preachers) than us (and it's seen as the norm).

Oh, that's right. Women should just sit down and shut up (as Singhs have told me on the internet).


But you know what, I'll be honest. I'm proud of my generation of Sikhs (and most present-day Sikh converts as well). Because some young people have realized that "Hey, some of what we were taught (or what our parents/grandparents were taught) might not exactly be rooted within Sikhi." And when it comes to the converts (well, the ones who aren't following a certain person), we tend to question everything. I believe this will only lead to the betterment of the Sikh community.

Forgive me for my mistakes.