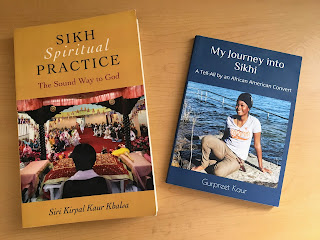 
By Gurpreet Kaur No comments:

How to Be Tyar bar Tyar in the 21st Century (Also Book Release!) 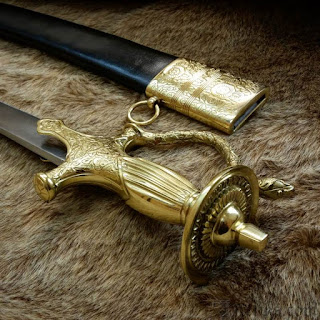 As a religious minority and a racial minority living in the United States, I sometimes wonder why Sikhs in America do not think it's important to know how to defend themselves. Some say it's because they don't want to be or appear as "extremists". Others have told me that the US is safe and that there's no need to bring any of THAT over here. In either case, this is not a good attitude to have.

As Sikhs, it is important that we balance ourselves by being both sants (Saints) and Sipahis (warriors). Yes, you can fight injustice and oppression with the pen, your words, and your actions. But with the steady growth of mass shootings and terrorist attacks across the globe, this is not the time for Sikhs to be putting our shastar down. Quite the opposite. In the Lone Star State, we have this saying: "In Texas, we don't call 911." And I personally believe that as Sikhs, we shouldn't completely depend on the police for protection, because we are meant to BE the police ourselves.

So for those "extremists" who haven't closed out the browser yet, here are some ways that not only you can physically defend yourself but defend others as well.

1. Enroll yourself and your family in a self-defense class

Our body is a complex machine, and if tuned right, can become a weapon. Learning how to defend your body from harm is never a waste of time (especially for Sikhs). We have seen several cases of Sikhs across the US being physically assaulted and beat up for who they are. On top of that, we have seen several Sikh children being physically bullied for who they are. Now let's think about this for a second. Do you think little "Johnny" would hit little "Manvir" if he knew little "Manvir" could hit back? Probably not. Same goes for adults. If someone knows you aren't defenseless, the threat of them attacking you does not completely go away but significantly decreases.

Now, keep in mind that I'm a citizen of the United States who lives in the state of Texas. Texas has some of the most lenient laws in the whole country when it comes to weapons. But I know I have some readers reading this who live in countries that have huge restrictions when it comes to weapons (including the kirpan). If so, you have a valid reason for why you definitely might not want to be armed and should just look at number 1 and 3.

For those to whom this doesn't apply, I encourage you to look up what as a citizen of your country you can legally carry on your person. For example, in the state of Texas, carrying swords in public is completely legal (except for a few places like hospitals, government buildings, etc.). And as long as you have an LTC (license to carry), you can carry a handgun.

"Why do we need a gun? Isn't that a bit excessive?"

I'll tell you why. Read the title again. This is the 21st century, and in the 21st century, the weapon of choice to use (for good and bad) is the gun. Even Guru Gobind Singh ji  himself owned a gun. Wouldn't you rather bring a gun to a gun fight than a knife, or even worse, nothing?! And even in a knife fight, most people's kirpans are 100% blunted or completely unusable, so what then? It's sad that this is the reality we face, but again, it is reality.

P.S. For good kirpans, I would highly recommend ordering from Khalsa Kirpans. And for good, usable swords, I would recommend buying from Cold Steel.

Most Gurdwaras as they are are totally unprepared for a crisis, therefore making the Sangat sitting ducks. After accidentally coming across one of the videos showing the shooting in New Zealand, I saw first hand what happens when you have a bad guy with a weapon wanting to hurt defenseless people. It's not pretty.

Since then, there has been a call for Muslims by Muslims around the US to take up arms in order to protect the mosque (American Muslims Contemplate Taking Up Arms In Self Defense (HBO). I think it's time for Sikhs to raise the alarm and pressure their local Gurdwaras into hiring some type of armed security or enlist volunteers. Either that or getting an action plan in place. The Sikh Coalition has done a great job when it comes to jumpstarting this effort. Their resources can be viewed below.

At the end of the day, as Sikhs, physical aggression is our last choice. But we must not be naive about what is going on in the world around us and acknowledge that for ourselves and for the innocent, it would be irresponsible for us not to be tyar bar tyar. But then again, what do I know? I'm just a little ole girl from Texas.